Capacitive switches have gained a lot of popularity in recent years as an alternative to membrane switches, mechanical switches, elastomer keypads, and other input device options. With no mechanical parts to wear down, a slim profile that can be applied to curved surfaces, and intricate backlighting options, capacitive switches offer some exciting possibilities for your user interface. The Hall Company started investing in the development of capacitive switch technology early in the interface’s inception. This has given our design engineers the experience to help you develop a world class solution for your product.

What is a capacitive switch?

A capacitive switch is an electronic capacitor that measures changes in capacitance values when a conductive object such as your finger moves closer to the sensing area. The change in that value is interpreted and registers that change as an activation of the switch. A capacitive switch can be either a flexible printed circuit or a sensing pad on a rigid PCB.  A capacitive switch can incorporate a lot of functionality that is not easily attained with a normal membrane or mechanical switch.  Capacitive switches can have intensity sliders, sensitive areas in multiple shapes such as a circle, and can have varying levels of sensitivity for activation.  You also can have options like a proximity sensor incorporated into a capacitive switch for additional functional benefits. As a capacitive switch is a sensor that senses through a non-conductive surface, thicker substrates can be used such as safety glass, or acrylic materials for a very robust switch. This can also give the ability for additional gasketing for harsh environments. It is also possible to achieve very intricate backlighting solutions with capacitive switch technologies.

A capacitive switch will generally need about three layers to function. A graphical overlay, a circuit layer, and a backing material.  The graphical overlay could be any non-conductive material of various thicknesses including; glass, polyesters, polycarbonates, acrylic materials, and many other non-conductive materials. The circuit layer can be a thin plastic flex circuit, or a sensing pad laid out on a rigid PCB.  The backing material could be a metal back plate, glass, plastic, or can be adhered to part of your product.  It is also possible to adhere a flexible circuit to the inside of a sealed container with a graphic outside to protect the electronics in harsh environments.  Capacitive switch constructions can be more complex depending on backlighting options or shielding requirements.

A metal-over-capacitive switch is a unique solution that allows the use of aluminum, steel, or other conductive materials in front of a capacitive switch or sensor. This can allow a product to maintain an all metal look to it while still utilizing capacitive technologies that give the ability for very finite sensing options. 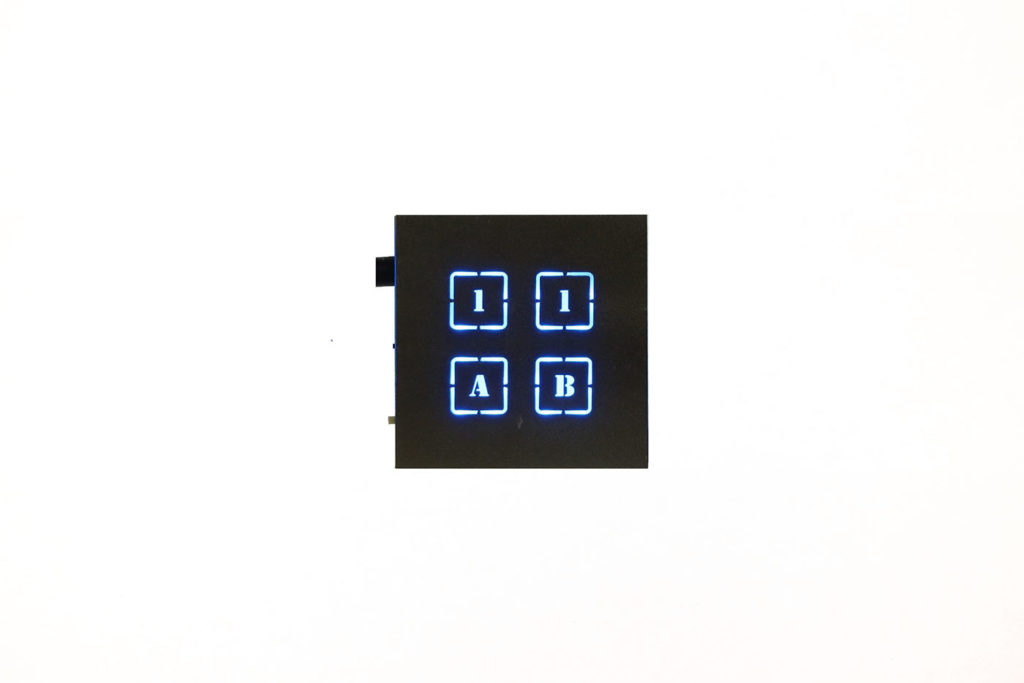